After a week of painting by Galaxy staff and community members, Landon Donovan and LA Galaxy mascot Cozmo, joined students and school faculty in putting the final touches on the mural designed by PeQue Brown honoring Donovan’s tenure with the club, prior to addressing the crowd. 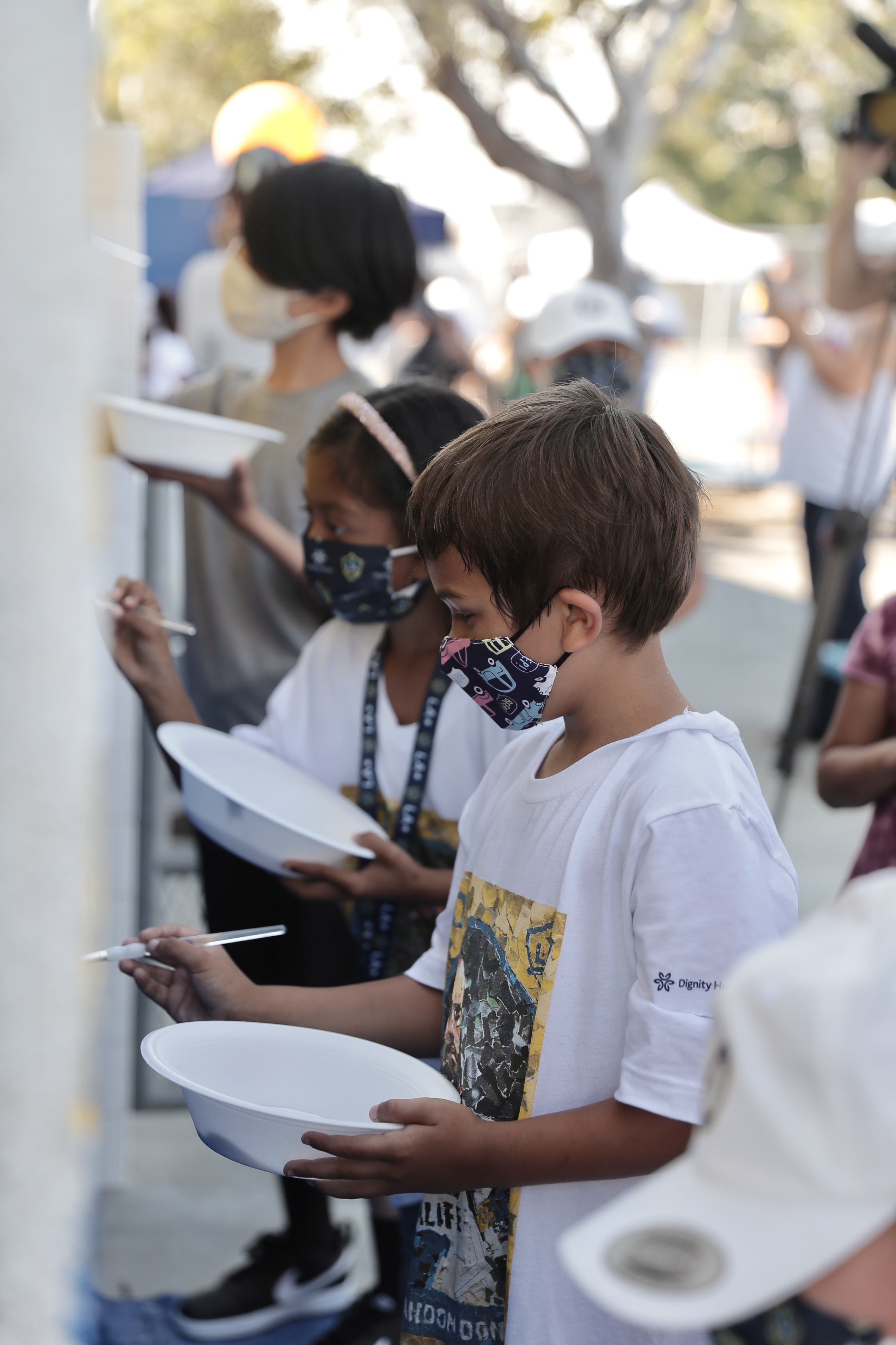 “This community has been a huge part of my life – I would’ve never imagined that I would’ve spent 10 years here in Carson every day – and I feel a huge responsibility to give back to it,” said LA Galaxy legend Landon Donovan.

“I hope that this mural inspires students so that when they look at it, they think that anything is possible,” said Donovan. 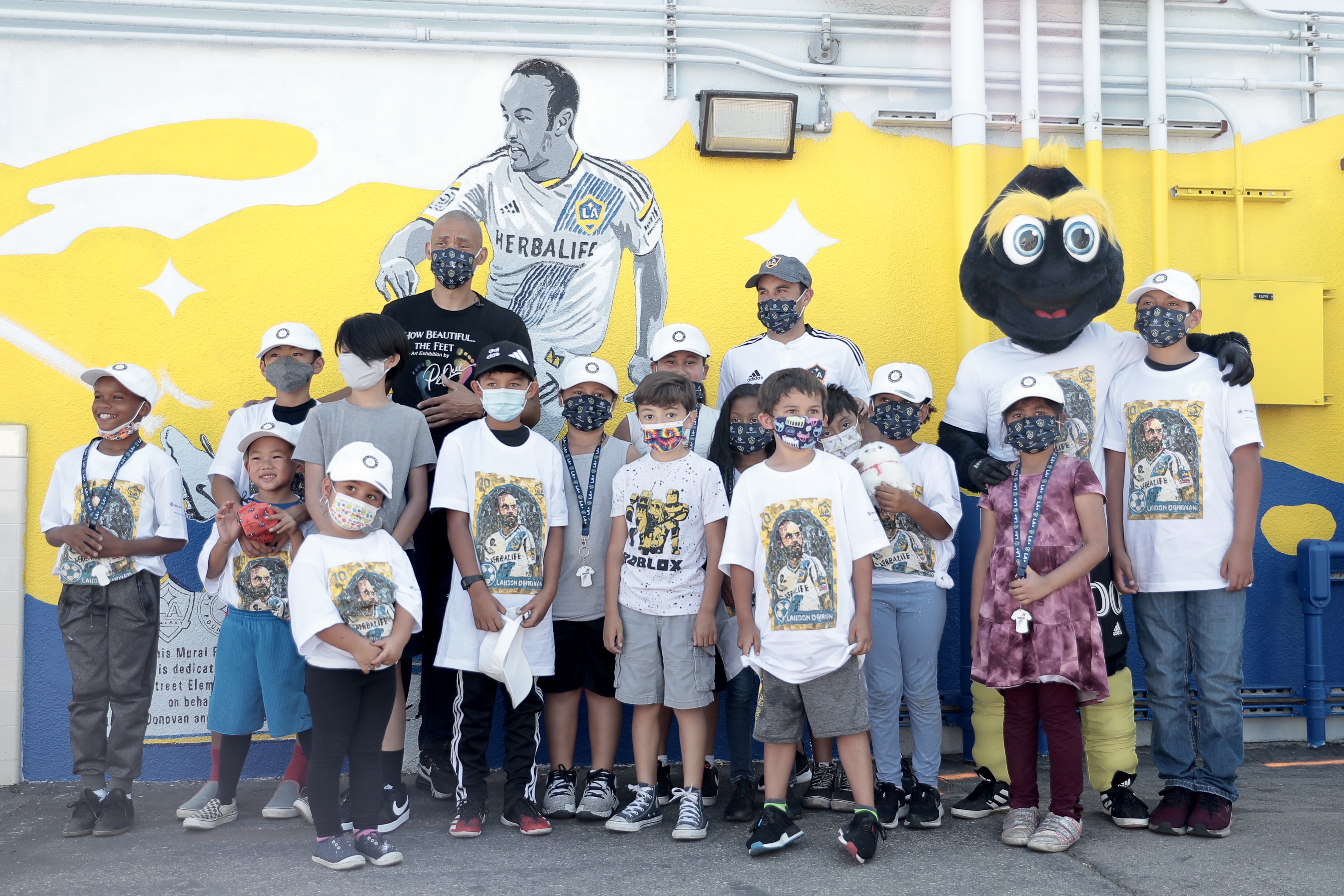 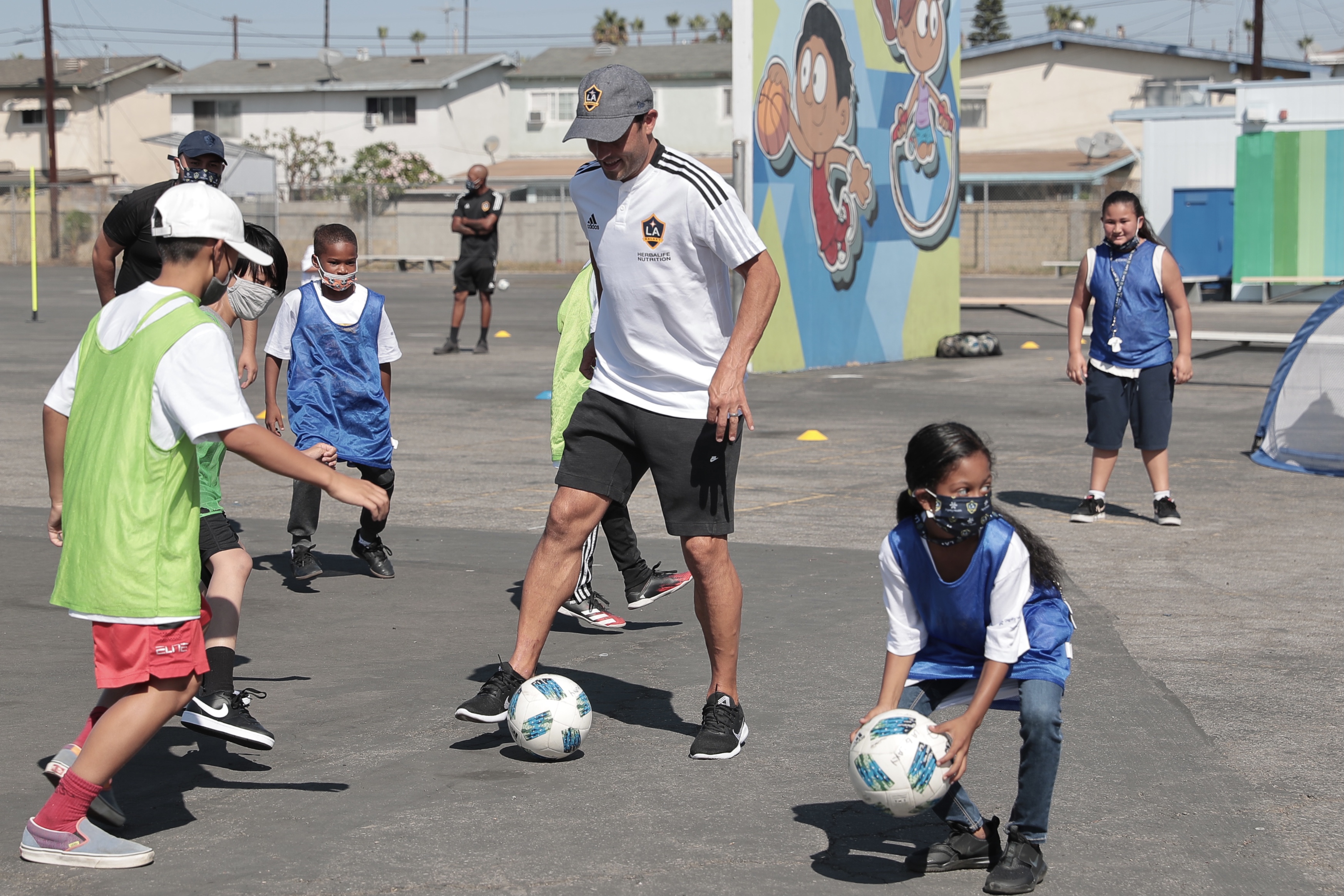